Big Game Hunt at TERRA PAMPA
View all the stories

One of the largest deer species and the star of Terra Pampa. A male red deer is called a stag and a female is called a hind. Only stags have antlers, which start growing in the spring and are shed each year, usually at the end of the winter. Antlers, which are made of bone, can grow at a rate of 2.5 cm a day. The stag’s shoulder height is about 95 to 130 cm. and it weighs 160 to 240 kg; the hind is considerably smaller and weighs 120 to 170 kg.

Red deer inhabit open deciduous woodlands and forests. They prefer wooded areas that have many open glades where they can find enough food. There are separate stag bachelor herds and female herds. Males and females lead separate lives for much of the year, only coming together during the mating season.

Red deer hunting in Terra Pampa: the impressive appearance of this majestic animal, together with its magnificent antlers, which are the most prized trophy, make red deer a favorite among Argentine and foreign hunters who travel to our lodge every year to attempt a red stag hunt. Their habit of lingering among larger, older calden trees, for cover and refuge as well as for grazing on the wide clearings provide a beautiful frame for one of the most exciting hunts we offer. We have some of the largest red deer in the region: The 8th largest Red Stag in the world recognized by the SCI (Safari Club International) was hunted at Terra Pampa.

Blackbuck or Indian antelope is native to India and Nepal. It reaches up to 74 to 84 cm high at the shoulder. Males weigh 20–57 kg. Females are lighter, about 20–33 kg. Males have 35–75 cm long, spiraling horns covered with ridges from the base almost to the tips. Females may occasionally grow horns too, but it is rare. Unlike deer, blackbuck horns grow uninterruptedly all their lives.

The white color around the blackbucks’ snout and eyes contrasts blatantly with the black fur on the face. Male coats present two colors: the upper parts are dark brown or black but the lower body is white. Females and young animals are beige. Mating can take place throughout the year, but most births usually occur at the beginning of the summer.

Blackbuck hunting in Terra Pampa: Blackbucks’ graceful figure and color, extraordinary speed and surprising high leaps make them exceptionally beautiful and difficult targets. They are most active during the day. They move in three types of small herds: females, males and bachelors. This, together with the fact that they prefer wide, open spaces and can develop incredible speed, the hunt requires a lot of walking, crouching and dragging oneself through rough terrain. Because of the unique geography of our grounds, which harbor dunes, depressions, tree- spotted natural pastures and occasional water bodies, stalking blackbuck can be a very hard, trying task. The grasslands are covered in rosetas (coastal sandbur), whose spikelets can be very annoying and painful. However, trophies are worth every minute.

The water buffalo (Bubalus bubalis), also called Asian water buffalo, is a large bovid originating in India and Southeast Asia. Water buffaloes were introduced to South America in 1895. In Argentina, they arrived in provinces of the north and they gradually moved to the center and south regions.

The water buffalo is black or dark grey. Their horns grow outward, and curve backwards forming two semicircles. The width between the tip of the horns can reach 160 cm. Buffaloes are huge and stockily built; the body is short and the abdomen, large. The neck is comparatively long, with projecting withers and rump. The average height at the withers is 129–133 cm for males and 120–127 cm for females, but large individuals may reach 160 cm. They weigh 500–700 kg, but older males hunted at Terra Pampa reach 900 to 1200 kg.

Water is important in hot climates because water buffaloes need wallows, rivers, or splashing water to assist in thermoregulation. They will not survive without it.

Water buffalo hunting in Terra Pampa: Buffaloes are very dangerous and can ferociously attack any enemy, even larger than themselves. Our buffaloes are completely wild and can be quite aggressive. Due to the animal’s huge size, weight and fierceness, special, large caliber bullets are needed. Buffaloes stay always near the water bodies, so spot- and- stalk hunting is the method employed. Shots are usually taken from short to close range distances so it is important to be effective, to avoid risky attacks from missed or wounded specimens, for they tend to charge their attacker. The water buffalo hunt must be carried out away from the forest, because if an animal is hurt and flees into the thicket it can be extremely dangerous

Native to Eurasia and north Africa, wild boar was introduced to the Americas and is now one of the widest- ranging mammals in the world. They live in matriarchal societies consisting of interrelated females and their young (both male and female). Fully grown males are usually solitary outside the breeding season.

The wild boar is a bulky, massively built animal with short and relatively thin legs. The trunk is short and robust, while the hindquarters are comparatively underdeveloped. The region behind the shoulder blades rises into a hump and the neck is short and thick to the point of being nearly immobile. The animal’s head is very large, taking up to one-third of the body’s entire length. They have well developed canine teeth, which protrude from the mouths of adult males. The animal can run at a maximum speed of 40 km/h and jump at a height of 140–150 cm. Males are 5–10% larger and 20–30% heavier than females.

Its sense of smell is very well developed, and its hearing is also acute, though its eyesight is comparatively weak, lacking color vision and being unable to recognize a standing human 10–15 meters away. Attacks on humans are rare unless they are cornered, but can be serious, resulting in penetrating injuries to the lower part of the body.

Wild boar hunting in Terra Pampa: Wild boar hunting goes on almost all year round and presents several challenges. Wild boars have a good hearing and an acute sense of smell, and can become very aggressive if hurt or cornered.

Wild boars have nocturnal habits and are rarely seen by daylight. We use ambush hunting, setting the blinds way before dusk near the water bodies on moonlit nights. They hide far into thickets and dense forests and only come out at night to approach water holes and move from one place to another. 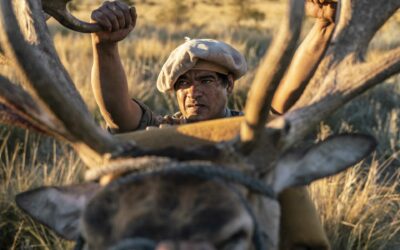 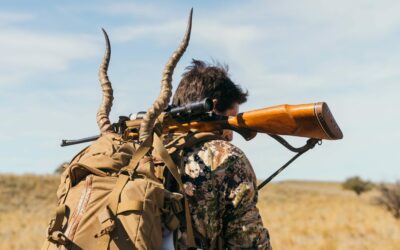 My blackbuck hunt in Argentina 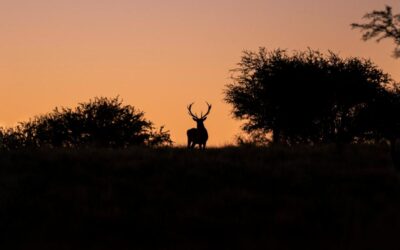 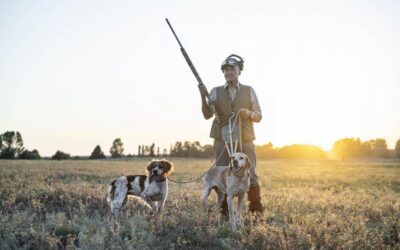 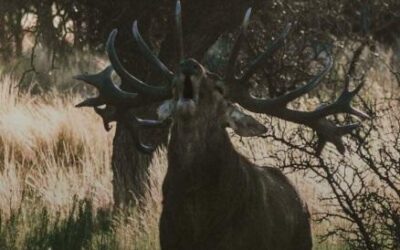 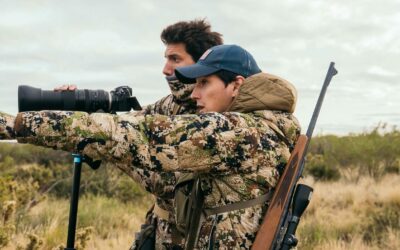